The first half of the film fails to take off, but the second hour soars with suspense and elation. 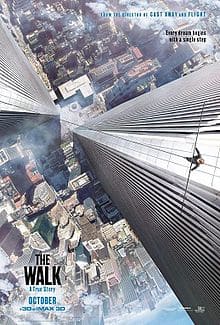 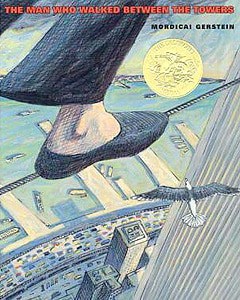 When I heard that Robert Zemeckis was making a film about Petit and his illegal 1974 high wire-walk between the twin towers of the World Trader Center, I was swept away with joy and anticipation.  Petit’s story has captivated me since I first learned of it.  Interestingly enough, it wasn’t James Marsh’s Oscar-winning documentary Man on Wire that first introduced me to Philippe Petit.  My children and I first learned  about him through Mordicai Gerstein’s wonderful children’s book  The Man Who Walked Between the Towers.  Naturally, I had to take both my daughters (now 12 and 9 years-old) to see this film.  They grew up reading the fascinating and foolish tale of Petit.  Now we got to experience what modern cinema could make of his antics. 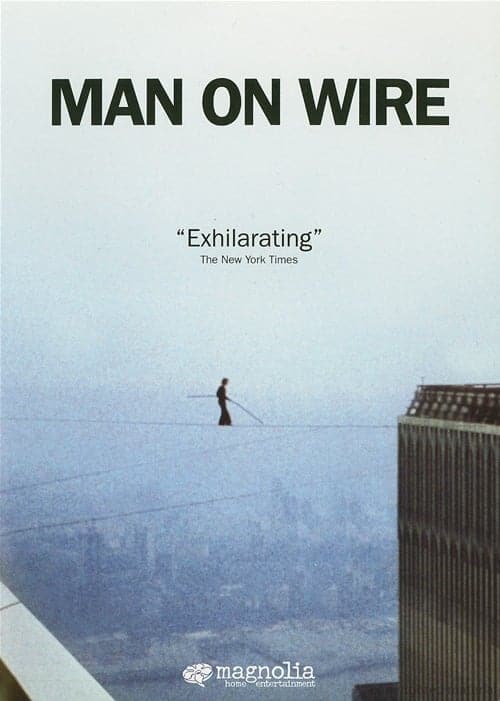 We greatly enjoyed the film, although the movie is not without some significant flaws.  The movie is broken down into three sections; backstory, preparations, and the actual day of the walk.  The first section of the film lags, takes too long, and over-relies on exposition.  I was bored, uninterested, and concerned that Zemeckis would squander away such a telling tale.  However, the latter two sections are more interesting and the film gets stronger and better as it drives closer and closer to the events of August 7, 1974.

I like Joseph Gordon-Levitt as an actor.  He has the right amount of charisma and earnestness in all his work, and both are on full display here.  Overall, I think his performance in The Walk is serviceable but not spectacular, and the film does suffer a bit because of his portrayal of Philippe Petit.  When he’s called upon to be charismatic and playful, Gordon-Levitt delivers the goods.  His smile and physicality convey the right amount of insanity and inspiration in his character.  However, I did not find his overall performance to contain enough texture and nuance.  Gordon-Levitt’s spoken delivery only has one speed – High-Speed!.  I felt like he was so fixated on getting his accent right that his inflection, tone, and rhythm all suffered.  At times I recalled what happened with Christopher Lloyd’s performance as Emmitt ‘Doc’ Brown in the Back to the Future trilogy.  In the second and third film, Lloyd’s performance lost of a lot of nuance in his dialogue, becoming a caricature of his character and shouting his lines in a one-note performance.  Gordon-Levitt’s dialogue here suffers the same fate at various times throughout the film.

If one of the weaknesses of the film is Gordon-Levitt’s erratic delivery of dialogue, the biggest flaw of the film is Robert Zemeckis’s decision to have Philippe narrate the film and put Gordon-Levitt’s speaking skills front and center.  I think Zemeckis made a huge mistake by formatting the film around Petit’s narration.  Not only does it shine a spotlight on JGL’s wobbly delivery but it also robs the film of a lot potential suspense and tension.  Throughout the film, Petit’s exposition and storytelling robs the audience from letting the story unfold in a natural and organic manner.  We’re told what’s about to happen rather than simply watching it happen.  And when something majestic and magnificent occurs on-screen, the audience isn’t allowed to draw their own emotions from the film.  Petit drives home what he felt in that moment. 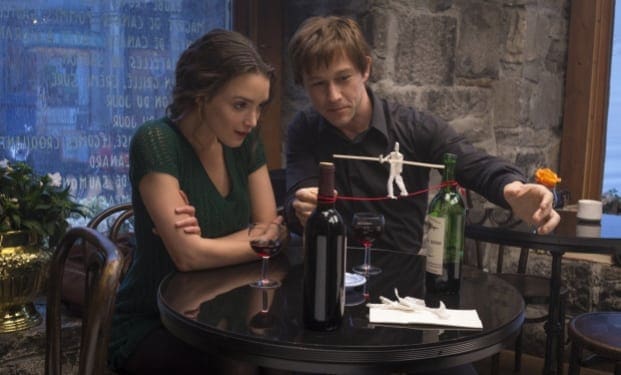 That being said, there is very little to criticize about the film once the “coup” begins.  The last 40 minutes focus on showing all the work required to pull off the tightrope act rather than narrating it.  The suspense is palpable.  The dialogue is minimal.  And Zemeckis’s direction helps guide the viewer through all the work and choreography required to pull off the walk.  We know Petit succeeds in his Twin Towers high wire walk, and yet Zemeckis is able to generate tension, suspense, and thrills regardless of knowing the outcome.  The dialogue and narration is pulled back, we’re allowed to watch things unfold in real time, and having the last 40 minutes cover less than one day really helps the intimacy and build-up.  The film is called The Walk.  That’s what everyone came to see!

Once Philippe steps out onto the wire, the audience gets to witness and participate in their own spiritual experience.  The awe and majesty that is on the screen make any of the film’s shortcomings irrelevant.  Zemeckis gives us the closest we’ll ever get to actually walking on a high-wire connected to the Twin Towers.  Philippe’s actual wire walk took 45 minutes.  I wish the film had given us all 45 of those minutes.  I would have loved to have hung around a little while longer. 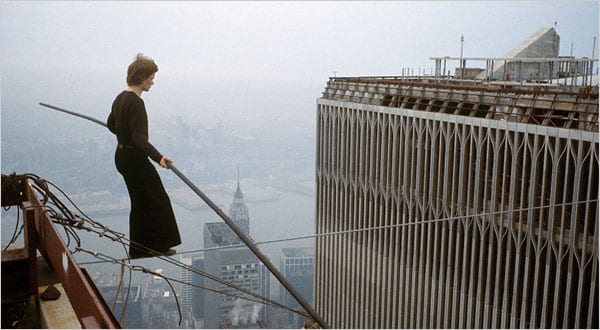 For a film that assembles a team for the “heist”, surprisingly enough, most of the important, secondary characters leave little impression.  There are three supporting characters; his girlfriend Annie (Charlotte Le Bon), his photographer friend Jean-Louis (Clement Sibony), and his high-wire mentor Papa Rudy (Ben Kingsley).  All three are serviceable but don’t add to or elevate the film.  They simply occupy their roles.  Actually, James Badge Dale elevates the film with his performance as Jean-Pierre, or J.P.  He brings actual charisma to his limited screen time.  However, the best performance in the entire film goes to the small bit character Jean-Francois portrayed by Cesar Domboy.  Known by Jeff (his Americanized name), Jeff is deathly afraid of heights, yet agrees to help Philippe’s “Coup”.  Although he has very little dialogue and is one of many supporting team-members, Domboy’s fear, awe, belief in Petit, and willingness to help makes him the ideal stand-in for the audience.  The silent joy and elation he lets out when Philippe takes his first steps onto the wire is my favorite moment and scene in the entire film.  I felt like I knew exactly how he was feeling and would have done the same thing if I were in his shoes.

Overall, the thrills and suspense provide more than enough pleasures to compensate for the mediocre, slow start of the film and other shortcomings already addressed.  If you love movies that don’t just tell stories but provide a unique experience that can only come from the magic of cinema, then stop what you’re doing and go see The Walk in IMAX 3D.