Home Articles TV + MOVIES Let ‘Tidying Up With Marie Kondo’ Spur You to Help Others in... 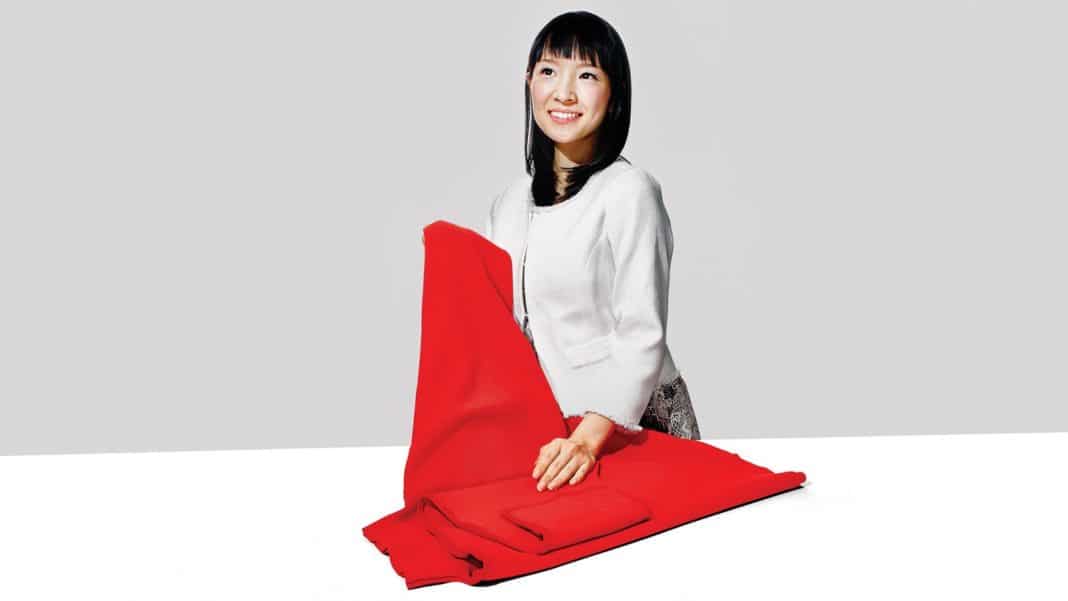 The Netflix hit series, Tidying Up with Marie Kondo is officially a cultural phenomenon.  Everybody is talking about, ‘sparking joy’ or her unique “KonMari” method. Gifs and Memes are all over the internet spoofing Kondo, the Japanese organizing expert who first announced her presence with her 2014 best-selling book, “The Life-Changing Magic of Tidying Up.”

The show follows Kondo as she helps ordinary folks organize, declutter, and clean out their homes using her unique “KonMari” method. Her approach to letting go of possessions is profound in its simplicity: Hold each item in your hands. If it “sparks joy,” keep it. If not, get rid of it.

Since the series dropped on Jan. 1, people have been sharing their own Kondo-inspired downsizing stories on social media. And thrift stores across the country are reporting increases in donations, although they cannot definitively link the uptick to Kondo’s Netflix show.

Getting Rid of Stuff is Trending Up

Donations at Goodwill stores in the Washington, D.C. area increased 66 percent in the first week of January, with one donation center seeing a 367 percent increase compared to the same week the previous year, Brendan Hurley, a spokesperson for Goodwill of Greater Washington, told TODAY in an email.

Typically, donations to nonprofit thrift stores are higher before Jan. 1, when people are getting rid of belongings in time for tax deductions.

Americans are Addicted to Accumulating Stuff

Here are some stark statistics about American consumption of stuff:

Reframe ‘Getting Rid of Stuff’ as ‘Helping Those in Need’

I am a big advocate of decluttering, minimizing your personal possessions, and letting go of stuff.  But I’m also a huge advocate of giving to charity and helping those with need.

That is why I’m encouraging folks who have been inspired by Tidying Up with Marie Kondo to donate the stuff they are getting rid of to charities rather than second-hand stores. Folks are being very intentional and thoughtful about getting rid of their stuff that doesn’t ‘spark joy.’

You can be just as intentional and thoughtful about who you give your stuff to and for what cause.

It is easy and convenient for folks to donate to The Salvation Army or Goodwill.  These nonprofit organizations make it very easy to drop off your items.

You can be just as intentional and thoughtful about who you give your stuff to and for what cause.

However, I encourage folks to consider other options when donating goods, and who you give your stuff to can make a huge difference in the lives of others. Your donations could help immigrants relocate, victims of domestic violence, or families living in poverty.

Helping Those in Need

According to statistics provided by the National Coalition Against Domestic Violence (NCADV), On a typical day, there are more than 20,000 phone calls placed to domestic violence hotlines nationwide.

According to the U.S. Department of Housing and Urban Development (HUD), an estimated 554,000 Americans were homeless somewhere in the U.S. on a given night last year.

A total of 193,000 of them were “unsheltered,” meaning that they were living on the streets and had no access to emergency shelters, transitional housing, or Safe Havens. The total population of the U.S. was 322.5 million in 2017 and 39.7 million Americans were in poverty.  The overall poverty rate for the year 2017 was 12.3%.  The child poverty rate is 17.5%, meaning close to one in five children are in poverty status.

I encourage you to research all the options you have in your community to donate used items. Below are a few options of where to Donate in my hometown of Charlotte, North Carolina in addition to Goodwill and the Salvation Army:

Raises money for cancer research, early detection, and prevention through the universal language of music. Any monetary donations received are split evenly between Charlotte-area hospitals and national cancer initiatives.

They donate music/mp3 players to the children’s hospitals through Best Buy for the kids that are going through treatment so they can listen to soothing music to help them through the rigorous, sometimes uncomfortable, treatments.

In addition, they run the Mecklenburg County Teen Court which gives teens a second chance by allowing them to avoid a misdemeanor record on the first offense if they plead guilty and complete community service.

Provides much-needed services to refugees and plays a vital role in resettlement in the Charlotte area. They’re always in need of furniture and beds because they furnish apartments for refugee clients. It is their mission to help the refugees become financially secure and contributing members of American society.

Provides residential programs for homeless, jobless men and women with alcohol and drug addiction issues. Clients typically have few options available to them because they have no health coverage to help them enter a recovery program to realize a new life of sobriety.

The professional recovery programs and additional services Charlotte Rescue Mission offers to support these individuals are provided to them at no cost. Men’s and women’s clothing is almost always in need.

Serves as a one-stop shop for families and individuals facing financial hardship to help move them toward self-sufficiency. Due to generous donations and partnerships, families in the community have access to emergency rent and utility assistance, clothing and household items, beds and furniture free of charge as well as help planning for the future.

Dress for Success is an organization that allows women to interview for jobs and enter the workforce dressed in appropriate attire.

The two ReStores in Charlotte that both accept donations of new and gently used items from individuals and businesses in the community, and sell those items to the public at a reduced cost. All proceeds going toward building Habitat homes with the local Habitat affiliate.

They will pick up any household and clothing items for resale at Carolina Value Village where 100 percent of the proceeds benefit the National Kidney Foundation of North Carolina by funding important programs.

Generosity Can ‘Spark Joy’ Too

Is there a cause you are especially passionate about?  Or is there an issue you have a personal connection to?

Not all social services or charity organizations accept used items.  Several of the organizations dedicated to helping domestic abuse survivors that I researched only accept new items.  If that is the case in your community, please consider selling your used items and donate the funds raised to those charities or causes.

Getting rid of stuff can make all the difference in the world to those in great need.

Tidying Up with Marie Kondo is streaming now on Netflix. Kondo’s book, “The Life-Changing Magic of Tidying Up: The Japanese Art of Decluttering and Organizing,” is available in paperback wherever you buy books. Visit Kondo’s website for more inspiration: konmari.com. 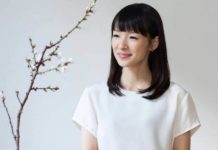