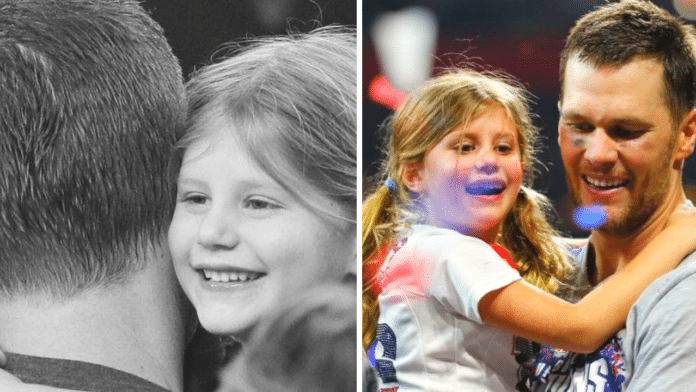 Recently Tom Brady posted what CNN termed a “heartpounding video” of him cliff jumping with his 6-year-old daughter.

Predictably, social media went berserk and started a massive pile-on. According to the dad-shaming horde, Brady was an irresponsible dad who was placing his daughter in danger. “How irresponsible!” shrieked one. “He could have dislocated her shoulder,” complained another.  “You should be ASHAMED!” chided another.

Was he irresponsible? Should he be ashamed? (or worse…DAD SHAMED?!)

The short answer is no.

If he tossed his 6-year-old off a 40-foot cliff while she screamed in terror, then we might be having a different conversation, but this video is a dad holding his daughter’s hand and coaching her to jump from about a 10-foot perch.

The chance of any major injury is slight. The opportunity for his daughter to experience doing something challenging with her dad is high.

Our culture has evolved to see the primary task of parents as keeping their kids safe from any possible danger. That’s not wise. Yes, it’s true that parents have a charge to keep their kids safe from real dangers, but despite tons of evidence that the world is actually much safer than it was 25 or 30 years ago, the perception is that it has become increasingly more dangerous.

This erroneous view of the world has so infected parenting that the dominant attitude is that children must be protected from anything that is even remotely dangerous.

The problem with this is that when kids are overprotected and over-parented, they are never able to experience real-life hurts, failures, and disappointments. As a result, they don’t build the emotional muscle they need to withstand the slings and arrows that will come their way. It’s little wonder that we have an epidemic of anxiety and depression among kids and teens.

They are both bombarded with constant news of the world, faced with greater social challenges due to social media while being overprotected by parents. It’s a bad combination.

“When kids are overprotected and over-parented, they are never able to experience real-life hurts, failures, and disappointments.”

The truth is that kids need to do scary things. And what better way to do them than with a parent who is strong and loving and brave.

Instead of criticizing Tom Brady, find a way to challenge your own kids to do good things that are hard and maybe even a little scary.