In today’s fast-paced, and anxiety inducing times, individuals are seeking ways to feel centered.  Work-life balance is a major topic of discussion in social media, blogs, and websites that deal with mental health. Dealing with stressors of work while making sure that one is taking care of oneself can be challenging. Compounding the stressors felt from work or academic life, is the turbulent political climate facing, not just individuals living in this country, but the global citizen as well. In sum, we are living in stressful period that may possibly cause people to feel scattered, stressed, and anxious. 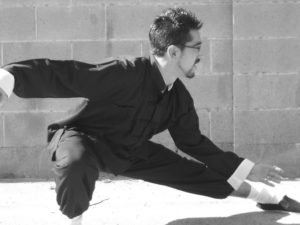 This feeling of uneasiness is not unique to our time.  As we evolved and our societies became more complicated, humans had to endure the stressors that came with change.  This is why there are many age-old practices handed down by our forefathers that are meant to aid in such times of distress.  One of my favorite of these practices is the Chinese martial art of Tai Chi Chuan. Originally developed as a formidable system of hand-to-hand combat, it now mostly serves as a meditative exercise that helps to promote relaxation, and reduce sympathetic output.

Tai Chi was first made popular in the 60’s and 70’s with the explosion of martial arts films coming to the United States from Hong Kong.  However, its slow, flowing movements quickly became favored by older adults as a form of low-impact aerobic exercise that provides meditative components.  Since the art form’s introduction to the United States, Tai Chi has been featured in television commercials, current films such as “The Intern” starring Anne Hathaway and Robert De Niro, and most recently in the Netflix series “Sense8.” 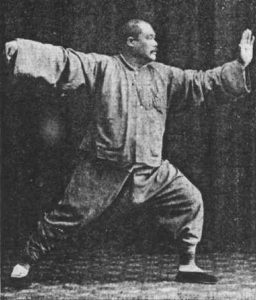 Despite all of the media attention Tai Chi has received, the art form has retained is popularity over the years because of its many health benefits.  Because Tai Chi includes mindfulness and meditative aspects in its practice, these benefits include increased psychological well-being.  The psychological benefits of Tai Chi were demonstrated in a 2010 meta-analysis of 40 studies that was published in the BMC Complementary and Alternative Medicine journal. The conclusions of the study included that “Tai Chi appears to be associated with improvements in psychological well-being including reduced stress, anxiety, depression and mood disturbance, and increased self-esteem.”

So if you are feeling stressed out by either work, our recent political climate, or just life in general, know that Tai Chi is one more option in relieving that tension.  With its focus on the lower dantian (center of energy) and rooting, one of Tai Chi’s principal goals is to center its practitioner.  An additional benefit of Tai Chi, is that if you join a class, you also will also plugged in to an added social outlet.  The more social support one receives in times of physical and mental distress the better.  However, before starting any exercise program, even a low-impact exercise program such as Tai Chi, it is always wise to check with your health care professional first to make sure it will be a good fit for you.