Sexism: A Reflection from A Female Athlete

I’m a sucker for a good coffee mug– I have a whole shelf in my room dedicated to displaying the mugs that I have collected: each unique with their own story. My shelf is filled with mugs from Europe, mugs with faces, mugs from my favorite stores, and also includes a picture mug. You know the ones I’m talking about– the ones you can get from Wal-Mart. This one is from my grandmother featuring a picture from when I played rec soccer. I was probably 11 or 12 years old and playing for the local co-ed soccer team. This particular shot was a moment from a match where I was in a tackle and won the ball from a boy.

My grandma loved this picture and the ‘girl power’ it exudes. 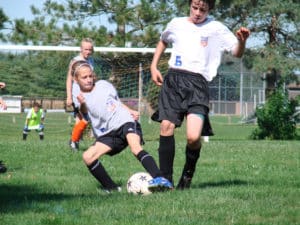 The moment captured on my coffee mug isn’t the only male vs female encounter I have experienced in my soccer career. I’ve now been playing soccer for more than 10 years and my journey in this sport has taken me through dozens of teams, leagues, coaches, and teammates. Through the years I’ve met and practiced with many male athletes, and heard the phrases ‘The boys went easy on you’ or ‘Well yeah, because you’re a girl” countless times. 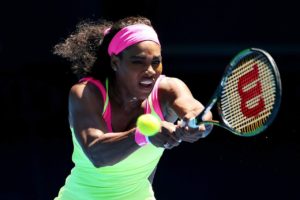 Serena Williams recently heard one of those phrases as well; John McEnroe called out Williams giving her credit for being the best in the women’s tennis circuit but questioned how she would rank in the men’s circuit- suggesting it would not be in the top 100. 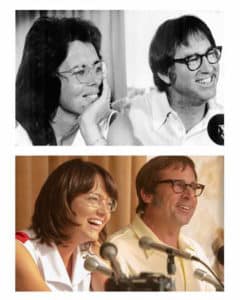 Let’s talk about the white elephant in the room… Sexism. The irritating rub behind all male versus female topics, and let’s be honest– it does exist. There is always an element of male superiority over females in the workplace, grocery store, or in sports- it is present and definitely influences factors in the world we live in. I have a teammate who, during the summer, practices with her teenage brothers- even though she’s one of the best players on our team and plays just as well (if not better than) the boys will still tell her it’s only because they go easy on her. But, in regards to John McEnroe and ‘Battle of the Sexes,’ perhaps there’s more than just sexism at play. 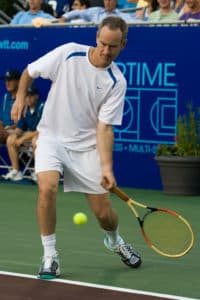 Think about the instance that we have all encountered when a well-intentioned man says to a woman, “You look nice today” and she replies, “What? I don’t look nice every day?”. Even though he had good intentions and there was nothing inherently incorrect- his comment backfired. The same principle could be applied to McEnroe’s comment and the topic of men’s vs women’s sports… So what other elements exist within?

Apples have a nice crisp crunch- oranges are citrus and juicy. They are not the same, but they are both so good- who doesn’t like a good apple smothered with warm caramel in the fall? Or a glass of fresh squeezed orange juice in the morning? Furthermore, women and men are not the same– each have their own strengths and weaknesses that are unique to the gender- therefore, the style of game they play is made to fit those strengths and weaknesses. Men are biologically created to be stronger and faster, therefore, that characterizes the style of game they play.

The difference of skills provided in men and women creates a totally different essence in their respective sports- even if under the same label. Williams herself admits that men’s tennis is an entirely different game than women’s tennis. Comparing the two would be like comparing apples to oranges.

Bigger is Not Always Better

The society we live in caters to the concept that bigger is better; a bigger house, a bigger slice of the chocolate cake, a bigger car is better, and anything less is not good enough. That philosophy roles over into sports- one that I encountered a lot and had to overcome as a smaller athlete (my poor mom had to dress me in leggings for the first 7 years of my life because I didn’t fit in jeans)- I’ve had coaches who told me that maybe if I could just put on 20 more pounds they could give me more playing time or more scholarship. So in regards to the topic of men vs women I would say that part of that debate is really about the idea that bigger is better rather than purely about gender? I would say yes, and then I would contend that bigger is not better- Messi is considered one of the best soccer players in the world. He’s 5’7”.

Let’s talk about the ‘woah factor’. The ‘woah factor’ is what I like to attribute to situations when something happens or someone does something that just draws people in. You’ve all experienced it- it’s when you watch a video on YouTube that has you glued to the screen because it’s just a little crazy, it’s when that goal was scored from half field sending the crowd into a fit. The ‘woah factor’ sticks with you- it leaves you wanting more.

All in all, I say that the controversy on the ‘Battle of the Sexes’ is not as simple as it seems.

Let’s acknowledge sexism and it’s existence- but not rush to attribute every male/female comment to that issue. Comparing men’s to women’s sports is like comparing apples to oranges, they simply are not the same due to the biological strengths and weaknesses that have shaped each game. The philosophy that bigger is better should never be applied in the sporting world- see Messi’s 565 goals. Let’s keep the ‘woah factor’ in perspective- simply because a sport or moment ranks high on the ‘woah factor’ does not mean it is superior.

I am hopeful that the upcoming movie ‘Battle of the Sexes’ represents more than just the simple drama that surrounds male versus female sports, sexism, and what ranks better. As a female athlete speaking for others- I would like to see the directors take a deeper look and represent the unique and impressive differences between the styles of play and allow for them to be appreciated for the skill they require by the athlete and not the gender. 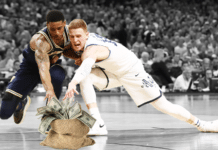 Should Student-Athletes Be Paid? Where Moral Psychology Comes into Play