I’m not the first therapist to lament on how my field is misrepresented in pop culture, and I won’t be the last.

Actress Robin Weigert’s portrayal of no-nonsense therapist Dr. Amanda Reisman in HBO’s Big Little Lies is one of many examples of television’s inaccurate depiction of psychotherapy.  Of all inaccurate portrayals of therapists in pop culture I’ve seen before, there is something about Weigert’s character that uniquely strikes a raw nerve with me.

Most film and television depictions of therapy make little effort to “get it right,” and the transparency of minimal effort makes it easy for me to overlook, if not create an amusing viewing experience.  With Big Little Lies, however, there is a clear sense that they tried so hard to “get it right.”

By they, I am referring to everyone involved from the writers, director, producers, to, most importantly, actress Robin Weigert. 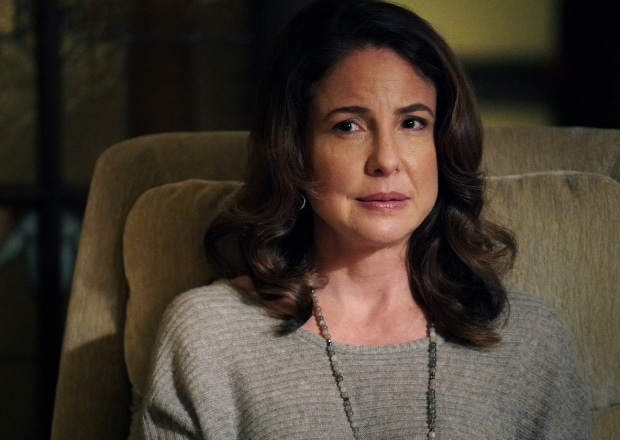 It is this maximal effort that causes me the most concern.

Though her role is small, the effort and time placed in developing a therapist leads to a meticulously designed character in Dr. Amanda Reisman.  This likely leads many intelligent viewers to easily forget the “it’s just TV” part.

It allows many dangerous components of Dr. Reisman’s character to be unconsciously absorbed as truth.  Not only does Dr. Reisman miss the mark on the essence of therapy, but she embodies the basic tenants of what therapy is not.

First, be a human, then be a therapist.

This is the best advice I received during my training.  I specialize in working with teenagers, many of whom would rather watch paint dry than see a therapist. Being a human first is a critical component to any success I may have with reluctant teenagers.

I try to bring the real me into the therapy room as much as I professionally can. I believe this aura of authenticity creates a therapy environment where change can flourish. Dr. Reisman’s character perpetuates the idea that therapists default to this robotic and dispassionate style anytime they strap on their “therapist hat.”

Throughout both seasons of Big Little Lies, Dr. Reisman comes across as this opaque, blank slate.

She speaks with the dreaded “therapy voice,” which emits this obnoxiously subtle judgmental and condescending tone.  Perhaps more irritating is the peculiar look she wears while listening to her patient. Her head is pushed back, tilted slightly sideways, with her lips pursed as if she is experiencing acute moral disgust as she listens to her client.

The point is that she acts more like a “therapist” than a human being.

I am a firm believer that the best kind of therapy is therapy that doesn’t look like “therapy.”  Therapeutic change can only be accomplished when this genuine and authentic feeling environment exists in the therapy room.  Dr. Reisman’s character breeds the antithesis of this environment. 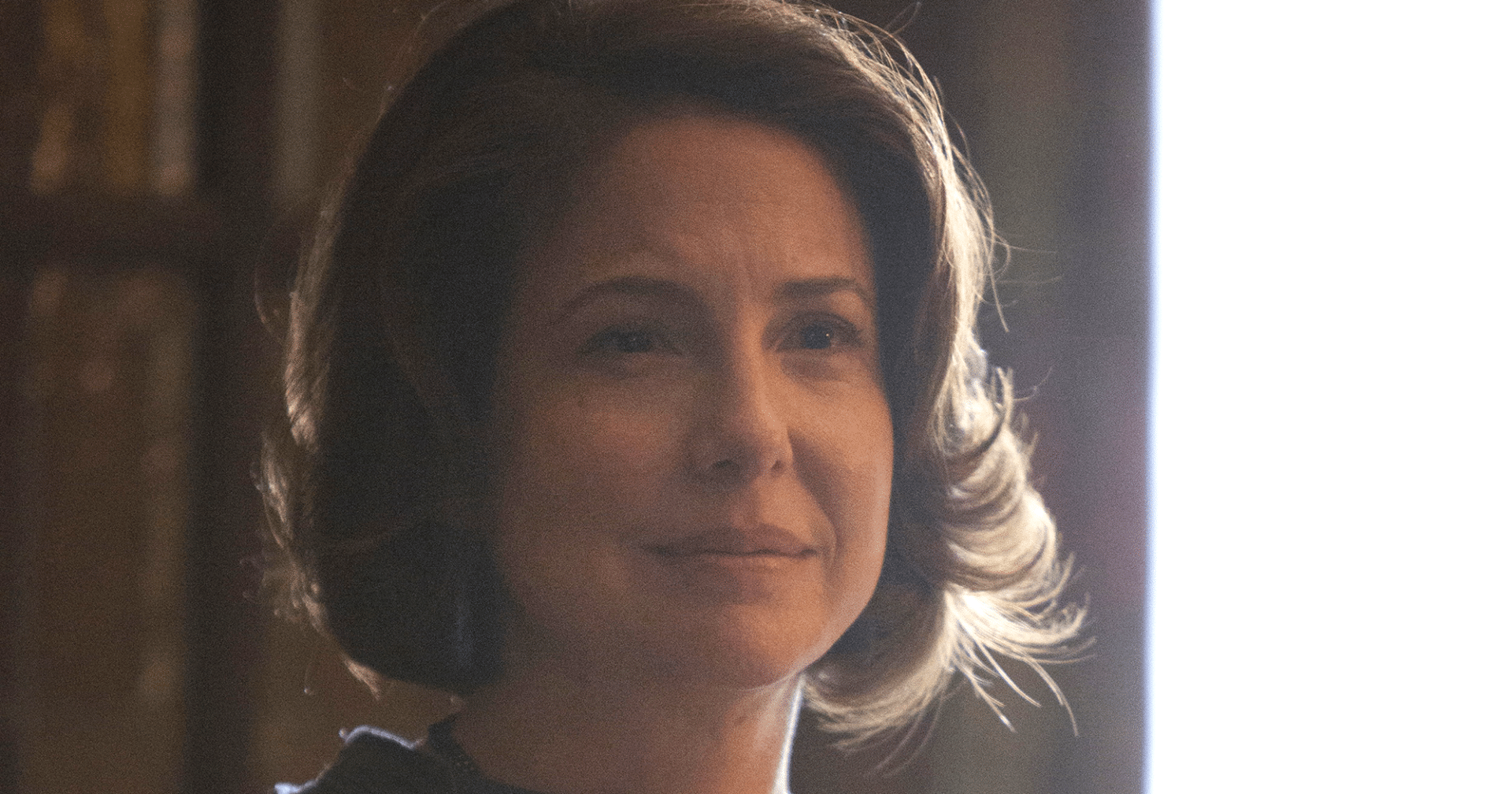 One of the defining traits of Dr. Reisman’s character is her capricious style in dishing out unfiltered feedback to her clients.  Depending on who you ask, some may argue that we therapists have become timid over the years when it comes to giving straightforward feedback to clients.  Often times therapists forgo an opportunity to share direct feedback with their clients out of fear of rupturing the therapeutic alliance between therapist and client.

Dr. Reisman embodies the dangerous extreme of this trend.

This is best captured in the scene where she takes aim at Madeline (and Ed) for her marital infidelity.  In this scene, Dr. Reisman boldly draws psychological conclusions on the basis of minimal information. People say they like others who “tell it like it is.”

But do we truly like this personality type in others as much as we say we do?

I would argue that we more so appreciate people who tell it like it is only after they invest the time to truly understand what it really is.  In real-world therapy, most therapists wait to formulate their feedback only after they invest the time to try and understand how their client experiences the world.  Straightforwardness is a good quality in a therapist, but only when it is packaged in a disciplined and clinically sensible manner.

As a therapist, I am not an expert in the client sitting across from me. We are only true experts in ourselves.  In line with the collaborative nature of real-world therapy, many therapists invite their clients to comment on the accuracy or inaccuracy of any feedback provided.

Instead, Dr. Reisman pretends to be this omniscient being who can understand and solve in-depth psychological concerns in others at the drop of a hat.  I hate to break it to you, but “therapists” like that don’t exist.

If you happen to find a therapist who appears to be this all-knowing…my clinical advice is to run.

Finally, I would never forgive myself if I did not comment on that horrid scene where Dr. Reisman has Celeste Wright close her eyes and visualize a moment of physical abuse from her late husband, Perry. 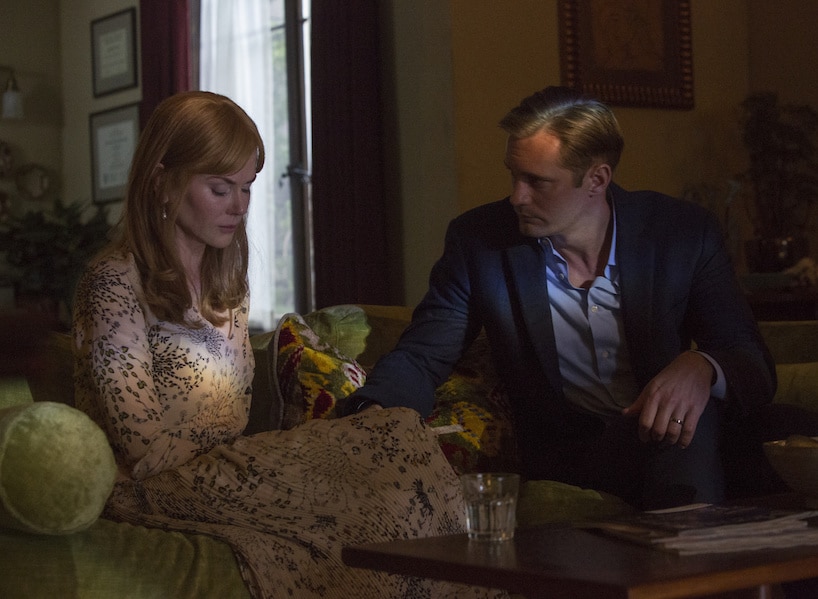 This is a form of imaginal exposure that is typically a component of prolonged exposure (PE).

PE is an empirically supported psychological treatment for post-traumatic stress disorder (PTSD).  As part of PE, the client is instructed to recall specific events of the trauma in an attempt to habituate to the produced fear response.

While prolonged exposure is undoubtedly an effective treatment for PTSD, it is also an emotionally taxing one. It is typically delivered by mental health professionals with a high level of training in the area of trauma-related disorders.

Dr. Reisman’s shoddy rendition of this treatment runs contrast to the high level of fidelity and care that PE should be delivered with.  First and foremost, selecting a treatment should be a collaborative decision between the therapist in client, that at the very least involves the process of informed consent.

Informed consent allows the client to better understand the clinical rationale, risks, and benefits of the chosen treatment. Second, while effective therapy may very well include a healthy dose of “discomfort,” rapport and buy-in are critical components for treatment effectiveness.

Dr. Reisman’s character shuns the collaborative nature of therapy and impulsively has Celeste relive likely the most traumatic moment of her life.  This is not therapy; this is just dangerous.

While Big Little Lies is a wildly entertaining show with an all-star cast, it sadly is yet another chapter in the saga of the misrepresentation of therapy in popular culture.  It’s not the first, and it certainly will not be the last.

With that said, I hope those watching the show are not deterred of seeking professional help for their problems.  Perhaps of greater importance, I hope that those who have already made the brave decision to seek help, do not expect therapy to find a judgmental therapy drone sitting across from them.