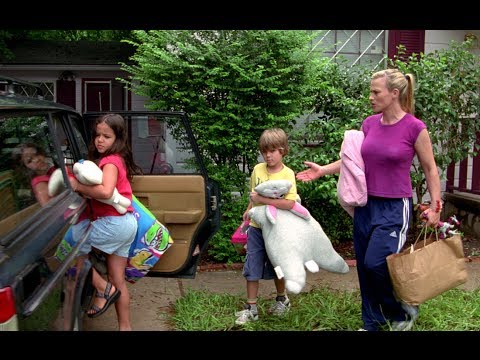 The following are observations about real-life that the film Boyhood accurately portrays.  SPOILER ALERT – this contains major details about the film.  Read no further if you do not wish to know more about Boyhood. 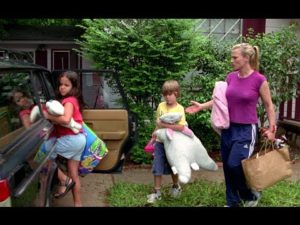 vorce – Over the course of the film, Mason’s childhood will experience both of his parents remarrying, with his mother Olivia weathering through two remarriages and two divorces.  Mason will also gain three step siblings in the process and expand his family unit.  In generations past, these developments would be the central arc of an entire film.  In Boyhood, they’re merely a footnote due to the commonality of the changing landscape of marriage and family.  According to the National Center for Health Statistics, 50% of marriages in the United States end in divorce, and 80% of the divorces are initiated (filed) by women.  Moreover, 41% of first marriages end in divorce, 60% of second marriages end in divorce, and 73% of third marriages end in divorce.  Despite assumptions that people may learn from their previous marriage missteps, the likelihood of divorce actually increases with each new nuptial.

Alcoholism and Divorce – However, Mason Sr. remarries and appears to be on the right track.  So how come his second marriage seems to be a positive and stabilizing force in his life while Olivia endures two additional divorces?  Well, research from the National Institute on Alcohol Abuse and Alcoholism report that (1) the more a person drinks, the more likely they are to end up divorced, and (2) divorce is especially high for those couples where only one partner heavily drinks.  Mason’s mom flees one toxic and abusive marriage, only to end up with another relationship involving a heavy drinker.  Both of Olivia’s remarriages involved problem drinkers.  According to the 75-year Grant Study of Harvard Men, one of the most significant findings from one of the longest longitudinal studies ever is that “Alcoholism is a disorder of great destructive power” and is the single greatest cause of divorce between the Grant Study men and their wives. 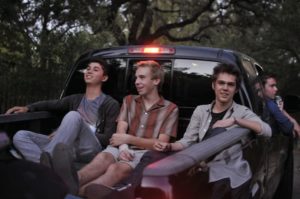 Alcoholism and Domestic Violence – In Olivia’s second marriage to Bill, her husband drinks heavily, hides his use, and eventually reveals to Mason and his family his controlling, paranoid, and abusive presonality.  Mason and all the children are powerless to influence the situation, and when Olivia finally hatches a plan to flee, she can only take her two children with her, leaving behind her stepchildren with their alcoholic and abusive father.  Studies show a correlation (but not causation) between alcoholism and domestic violence.  Among battered women, 40-60% reported that their husbands were heavy or problem drinkers.  50-70% of married men that enrolled into alcohol treatment centers reported violence toward their spouse.  As a former family counselor in a substance abuse treatment program, I can verify that the threat of emotional, verbal, and physical abuse between partners increased when one struggled with drug or alcohol abuse.

Alcohol and Marijuana Use – Marijuana is the illicit drug most likely to be used by teens in the U.S.  According to the Monitoring The Future Survey of 2014, 12% of eighth grader used marijuana in the past year, with 6.5% of them having used marijuana in the past 30 days.  Teens are trying marijuana at an earlier age than previous generations.  Mason is shown drinking and smoking.  However, by all indications, he is presented as a typical teen.  He drinks and smokes, but it is presented as occasional and not regular or daily.  Moreover, Mason is depicted as not seeing occasional alcohol or marijuana use as problematic, which is consistent with the shifting attitudes about marijuana use among teenagers.

Some People Are Resilient, Regardless of Circumstances – Not everyone is emotionally or psychologically damaged by difficult or disappointing childhoods.  Mason moves and leaves behind his best friend.  He go to a new school and is bullied.  His first stepfather is a controlling alcoholic who is physically abusive toward his mother.  His second stepfath 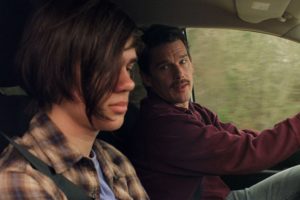 er, Jim, is an alcoholic veteran of the Afghanistan/Iraq War.  His dad is in and out of a large portion of his childhood.  And yet, Mason by all accounts seems pretty unfazed.  Not everyone is emotionally or psychologically damaged by difficult or disappointing childhoods.  Mason appears to have resiliency, the ability to cope and bounce back from adversity and challenges of all kinds. 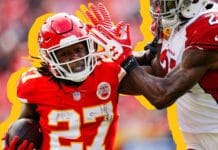 NFL & Violence: An Overview of the Personal Conduct Policy Fumbles in the NFL