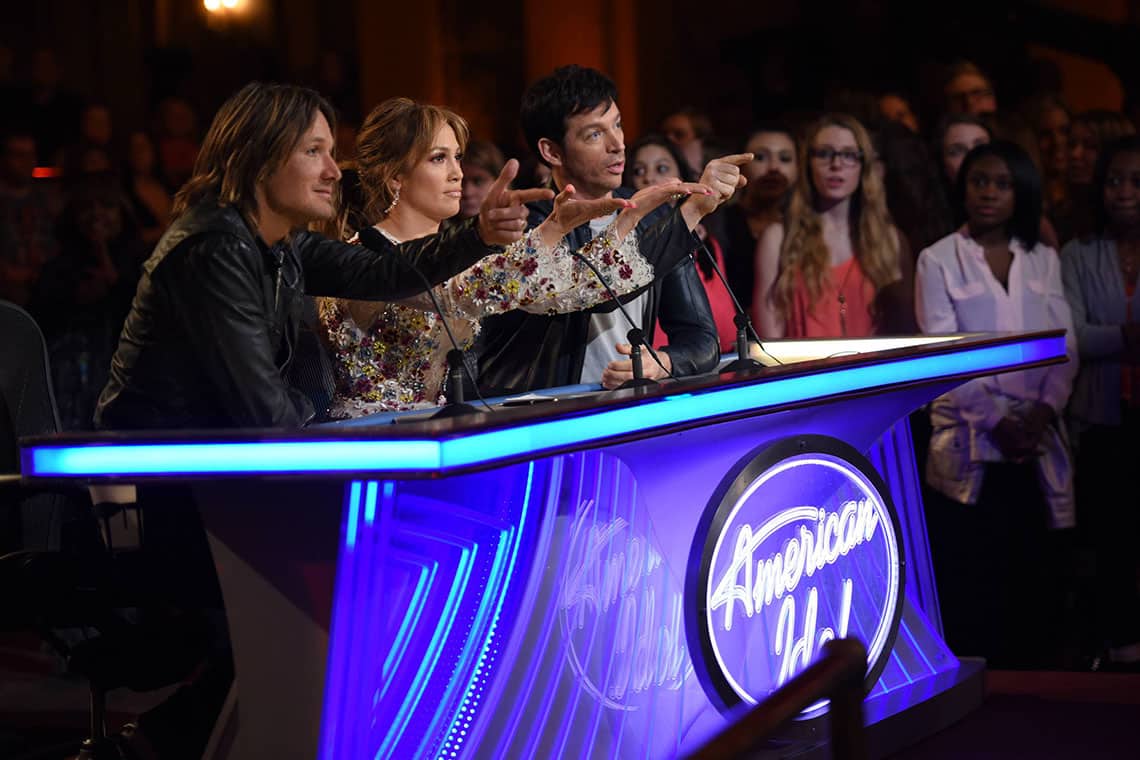 Nearly 14 years ago, I was home alone on a Tuesday night channel surfing. I stumbled across a show that seemed, at first, to be nothing more than another Star Search. It was a singing competition, but for the first time ever, they showed the auditions before the finalists were selected. Some of the tryout performances were decent and others were laughably, unbelievably awful.

To cap it off, an acerbic British guy named Simon was just laying the bad ones out in a way none of us had ever seen before. “You have one of the worst voices I have ever heard!” he said. Later, he said things like, “Completely and utterly horrific,” and “You sound like a cat being strangled,” and “You just invented a new form of torture.”

When my wife came home later that evening, I told her, “You have got to watch this.” We weren’t the only ones. The show was an immediate hit, an out-of-left-field surprise.

The whole thing was weirdly spellbinding: hilarious, inspirational, even a little sad in moments. Simon departed years ago, as have ditzy Paula and several others since, but the show remains. Seacrest, better than ever, still anchors the proceedings with a Dick Clark smoothness. The show is finally ready for its curtain call. This final season wraps up in April with the crowning of the 15th and last American Idol.

I’ll be covering the competition this season, but as the contestants are still getting winnowed down to the select few finalists, it seemed just right to reflect on why American Idol matters.

In the past, there were only three—then four—broadcast networks. Cable was really not much more than a few Super Stations and premium channels. With relatively little choice, it was easier to find the shows that everyone watched and talked about. In different eras, there was I Love Lucy, The Brady Bunch, Happy Days, Dallas, The Cosby Show, and others. Everyone watched and everyone talked about these shows during the week.

These days, with thousands of television shows on hundreds of stations, there are very few shows that seem to unify everyone. American Idol was perhaps the last such show. It was cross-generational, attracting kids, teenagers, parents, and grandparents. It was one of the few shows in recent years that everyone in the family would want to watch and talk about later. Yes, there are still televised events like the Super Bowl that most everyone watches and talks about, but Idol might be our last true community campfire series.

Since Napster and the era on high-speed Internet, the music industry has been dying—at least in terms of revenues. In 1998, the recording industry brought in nearly $40 billion. In 2002, the first year of Idol, revenue had already dropped to around $32 billion.

Last year, it was under $15 billion. In that context, Idol gave a faltering industry a lifeline, infusing it with much-needed stars and big sales for the better part of a decade and a half. Beginning with Kelly Clarkson, then Carrie Underwood, as well as stars like Fantasia, Jennifer Hudson, Daughtry, Jordin Sparks, Scotty McCreery, Adam Lambert, and others, the Idol winners and finalists made a huge financial impact in pop, country, Christian, rock, and R&B at just the right time.

It’s an impact that continues to this day.

What Does the FOX Say?

The year before American Idol, FOX only had one show in the top 30 and it was a stinker (Temptation Island). Its next highest rated show was the perennial Simpson’s (#39 for the year). Idol became the top-rated show for an unprecedented eight straight seasons, boosting FOX’s credibility and its ability to produce more great shows like House, Fringe, Prison Break, and many others. The show was already on the board with X-Files and some of its animated shows, but the network was no longer the butt of jokes (David Letterman once joked that the network was an antenna in a cow field). After Idol, the network was a dominant power player among the networks and it changed the game of what shows got on the air.

Idol, along with Survivor, which had debuted two years earlier, were two of the most influential shows of their era, ushering in an explosion of reality shows. In 2000, there were 4 reality shows on the air (The Real World chief among them), but by 2013, there were 320 of them. Now that isn’t an entirely a great development for humanity, but the impact on the television industry is indisputable.

The bloom is off the rose with the reality show phenomenon, but it continues to be a dominant movement that shapes what we watch on television to this day.

Not only did Idol ignite the reality television fire, it also pioneered audience participation in a way that had never been seen before on that scale. Other shows had seen call-ins and votes, but nothing like this (750 million votes during Season 10, for example). This participatory experience drew viewers in like never before, making the emotional stakes high for not only the contestants but also for the audience who got invested in contestants they grew to love and support.

Can a farm girl become an international superstar? Can a paint store employee become a bestselling recording artist? Can a high school baseball player become a Country music phenomenon? The answer to all these questions is, of course, yes. Here’s the narrative of American Idol: an unknown but talented young person overcomes the obstacles (grueling auditions and performance shows) and the villain (Simon in the first half) without the benefit of any industry connections or favors, and by sheer talent, she wins the industry’s most powerful title and becomes a superstar.

The story of American Idol is an optimistic one that says talent and hard work can prevail. In a cynical age, it gave us a refreshing and hopeful against-the-odds story for fifteen seasons. The time has come for it to end, but it was an important show, a great story, and series that mattered.