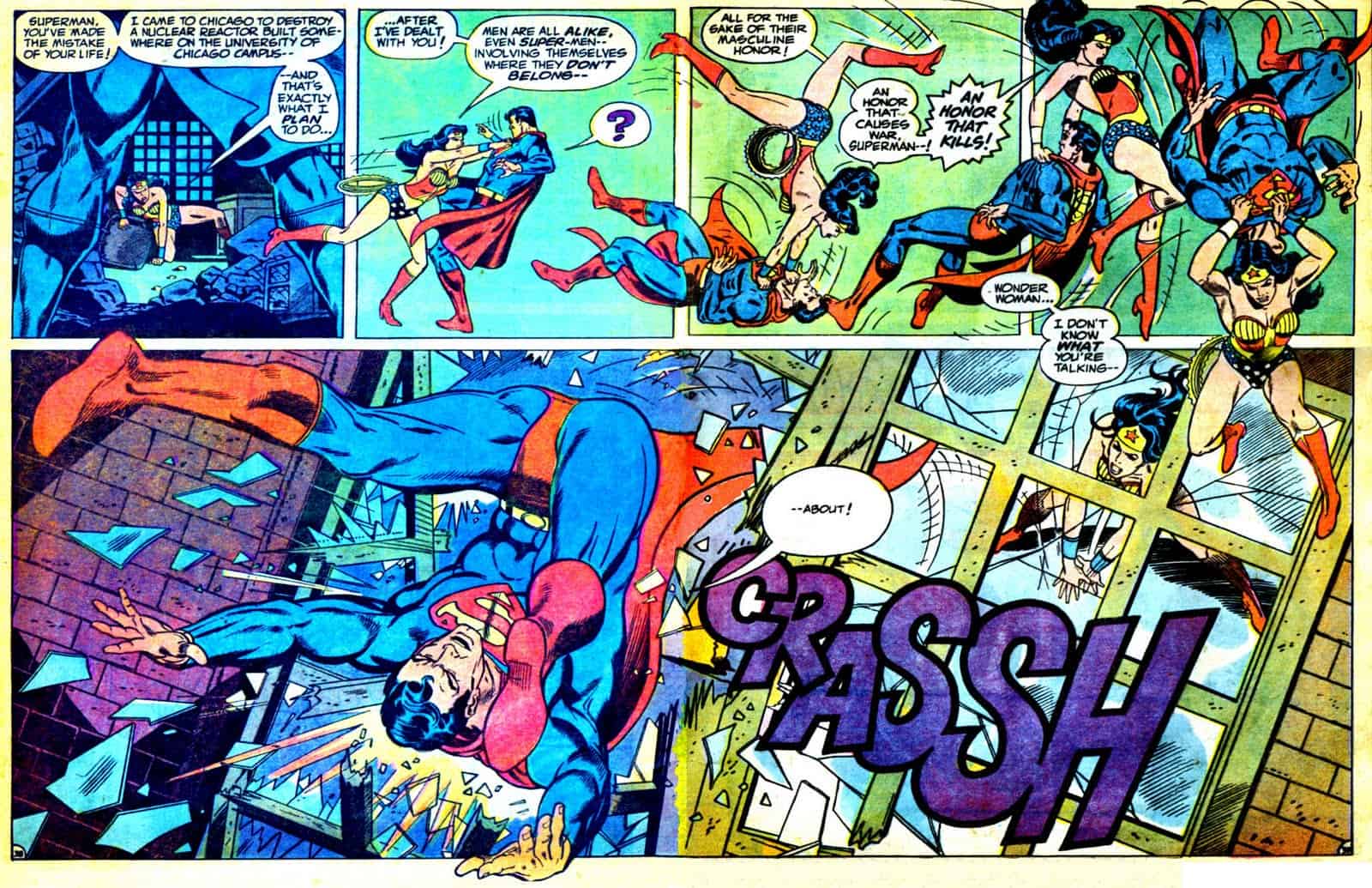 The Case for Comics: Why Everyone Should Be Reading Comic Books

Longtime comic book fans are well aware of the benefits that come from reading comics.  To most fans, comics are a continuous source of entertainment that provide an escape from today’s daily stressors.  Comics offer their readers parallel worlds, where despite the odds the protagonists of the stories may face, good always triumphs over evil.  For children, these fantasy worlds provide fuel for their imaginations and for adults, comics provide opportunities to exercise their imagination.

But comics offer much more than just a form of escapism for both young and old.  Comics can be a source of intellectual stimulation, inspiration, and hope.  In the following article, I will make the case as to why everyone should be reading comic books, as they are beneficial for both young readers and more mature audiences.

Benefits of Comics for Kids

For younger readers, comics provide role models at many levels.  The most obvious level is the moral compass and sense of justice that comic books provide to children and adolescents.  Comics afford kids with heroes that are willing to fight for the rights and lives of those that are weaker than themselves.  They are the perennial defenders of good against the forces of evil.  They defend those that are weaker than themselves against their oppressors.

The heroes sacrifice themselves, at times facing tremendous odds in order to save the lives of innocent strangers, all without seeking payment or gratitude for their services.  They do what is right for the sake that it is right.  In a world that is becoming increasingly more complex, such role models are important to the youth. 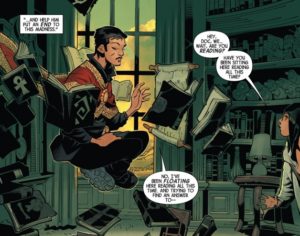 In diving into the world of comics, kids also read about characters who are intelligent yet incredibly cool.  Most superheroes’ alter egos are individuals who are scientists, journalists, doctors, engineers, etc.  These types of role models not only serve to encourage younger audiences to read and study but may steer them into heavily STEM-oriented careers. Knowledge and schooling is a very important part of a superhero’s character, as most often it is their intelligence and power of reasoning that saves the day rather than their brute strength.  What’s more, is that it is just not the male characters who are the doctors and scientists, but many female characters also hold advanced degrees and are highly respected experts in their universes.  One hopes that this helps in reversing the antiquated notion that women cannot achieve such positions, and encourages little girls to pursue studies in STEM.  The world can use more scientists, doctors, and engineers. 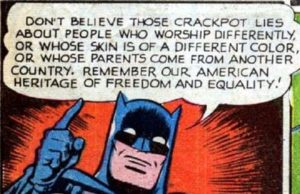 This leads to my last point on why comics are important for young minds: equality, diversity, and inclusion.  When I was growing up, the vast majority of comic book heroes were White males.  Although this is mostly still true today, things have changed significantly.  Comic book creators have taken note that the United States, and North America in general, no longer reflects the world that was being presented in comics.  They have taken today’s diversity and fully embraced it, making a conscious effort to include characters of different nationalities, religions, ethnicities, and sexual orientations.

Diversity and inclusion in comics are important for younger audiences because it gives them role models that look like them; they are reflected in the comic book heroes that they idolize.  Heroes like Marvel’s Kamala Khan (Ms. Marvel) and America Chavez represent two highly under-represented groups in most media outlets; Muslims and members of the LGBTQ community respectively.  How empowering is it for a young Muslim girl to read about a hero that looks and worships like she does taking a critical role in defending people from those that seek to hurt them?  Imagine the boost to the self-esteem of a young adolescent girl who identifies as Lesbian feels when she sees a character who identifies the same manner starring in her very own comic book.  Even for kids that do not come from diverse backgrounds, it is important for them to see diversity represented in comics because it exposes them to diverse heroes that fight alongside, and are equal in every way to their White counterparts. 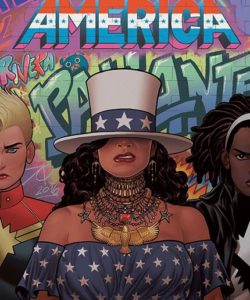 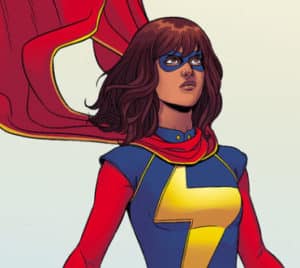 Benefits of Comics for Adults

As stated earlier, one of the benefits of comic books for adults is stress relief.  Comics take readers away from the stress of work, and other everyday stressors, even if it is for a short time.  As with kids, comics provide fantasy worlds were grown-ups can escape to, and let their imagination run wild.  Unfortunately, a very small percentage of the adult population have jobs that allow them to utilize their imagination and creativity.  By diving into comic book worlds, the reader’s mind is free to explore different worlds and dimensions giving the reader a “breather” from life’s stressors.  In that sense, reading comics can qualify as a form of self-care for individuals.  In the psychological vernacular self-care is any activity that one chooses to do voluntarily, that helps maintain one’s physical, mental, and emotional wellbeing. Self-care, such as reading comic books, can make one feel healthy, relaxed, and prepared to tackle one’s work and responsibilities. 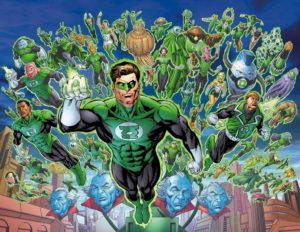 Much in the way that comics promote intellectual development in children with their focus on the sciences and knowledge, and by encouraging reading, comics also provide intellectual stimulation for adult readers.  Comics often mirror many of today’s social issues.  In fact, comics have always dealt with issues of their time; the Green Lantern/Green Arrow series of the 70’s dealt with issues of drug addiction, Captain America was created by Joe Simon and Jack Kirby as a direct reaction to the actions taken by the Nazis in Germany, and later the original Secret Empire Captain America story arc dealt with President Nixon’s treason to America and the nation’s values.

DC Comics is currently publishing a series titled Injustice, which is tied to a video game of the same name, where the premise of the story puts a broken Superman in the role of a ruthless despot who has taken over the world.  Batman leads the resistance in the form of a rag-tag band of superheroes against a now powerful dictator.  In the most recent Marvel Secret Empire storyline, Captain America is an agent of Hydra who is also bent on ruling the world with an iron fist.  If we look at today’s headlines and the world’s sudden attempted shift towards authoritarian power, and the resistance against such would-be powers, we see parallels in both the real world and the world’s that make up these comic universes. 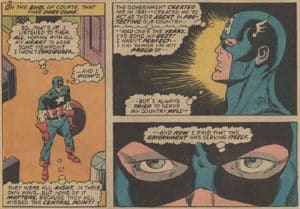 Lastly, the previously mentioned shift in comics to fully embrace diversity and inclusion is a source of empowerment for adults as well.  It is important for people of color to see themselves reflected in the media, especially their preferred form of media.  As I mentioned earlier, when I was growing up most of the superheroes I idolized were White; there were not many heroes that looked like me that were helping the Avengers or the Justice League defend the world against evil-doers threats.  But now, now there are heroes of every color, ethnicity, religion, and sexual orientation.  This is fantastic for progress!  This not only helps increase the self-esteem of people of color who enjoy reading comics, but it gives everyone who is working towards a more just and inclusive world hope that it can happen.

In the last decade or so, movies based on comic book properties have helped to increase the status and awareness of the genre.  Comic books have begun to receive recognition as a valuable form of media for both young, and older audiences alike.  Its benefits of stress reduction, social representation, and intellectual stimulation carry over to both age groups.  Furthermore, it has become a way for the older generation to bond with the new generation over a genuinely American form of mythology.