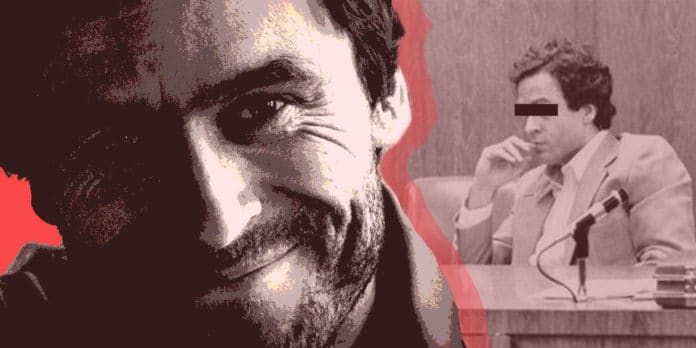 If you haven’t already; you must watch Netflix’s new mini docuseries, Conversations With a Killer: The Ted Bundy Tapes. Although it may be overwhelming for the faint-of-heart, each episode is equal parts wicked and fascinating, and truly highlights one of the most prolific criminals of the modern era.

However, the topic is receiving some fairly strong backlash from the public, who believe it unnecessary to give the serial killer this much attention, as a movie coming out about Bundy is also set to release in 2019.

People are also critical of the choice of Zac Efron to play Bundy, as he is “too attractive.”

Ted Bundy truly is a horrific criminal who not only affected the families of his victims, but he also instilled fear in the entire nation; there is no debate to that.

Still, it is important to examine and learn about Bundy for who he was, supposed attractiveness and all.

For anyone who has studied criminal psychology, it is clear as day that Ted Bundy is a psychopath. Although not located in the DSM-V, psychopathy is defined as a cluster interpersonal, affective, and antisocial personality and behavioral traits.

Psychopaths are by nature extremely manipulative and are constantly working to maintain control or a situation or conversation. It can clearly be seen that Bundy is a psychopath in the docuseries by his constant attempts at control of his prison custody or court battle, as well as his continuous use of charm to manipulate others.

While most psychopaths are criminals who find themselves with repeated or long visits to prison, there are those psychologists call “high functioning” psychopaths that manage to exist within society, and for the most part, do well. And this is the fact that makes the Ted Bundy tapes important to watch for reasons other than just entertainment, but to learn and protect oneself.

When interacting with a psychopath, one often feels initially charmed and flattered.

This usually wears off after the fact and one realizes they managed to get themselves talked into an uncomfortable or undesirable situation or realized their conversation did not get them the answers or confrontation they needed.

Many people find themselves willingly and happily handing over money or favors to these individuals. Not only do these people use their manipulation and charm, but their looks as well to bend people’s wills.

Ted Bundy serves as the prime example of this character, who manipulated people repeatedly until he ended up finally caught and confessed to the deaths of 30 people.

Ted Bundy serves as a warning to the greater public of America against psychopaths or potential criminals.

Just because someone is attractive does not mean they are not capable of doing you great harm; it is all the more likely that a criminal individual will use this to their advantage.

In the age of catfishing and hiding faces behind screens, people are more vulnerable than ever to be exploited, especially by individuals who are experts at manipulation. Although it is good and kind to care and help others, people need to be on the lookout for people who will leave them high and dry for their own personal entertainment.

So go watch the Bundy Tapes for entertainment or to learn or because you’re a crime nerd; I know I am.

But keep in mind the characteristics he displays to recognize if you have a potential parasite in your life that may be fun now, but ultimately leave you hurt.