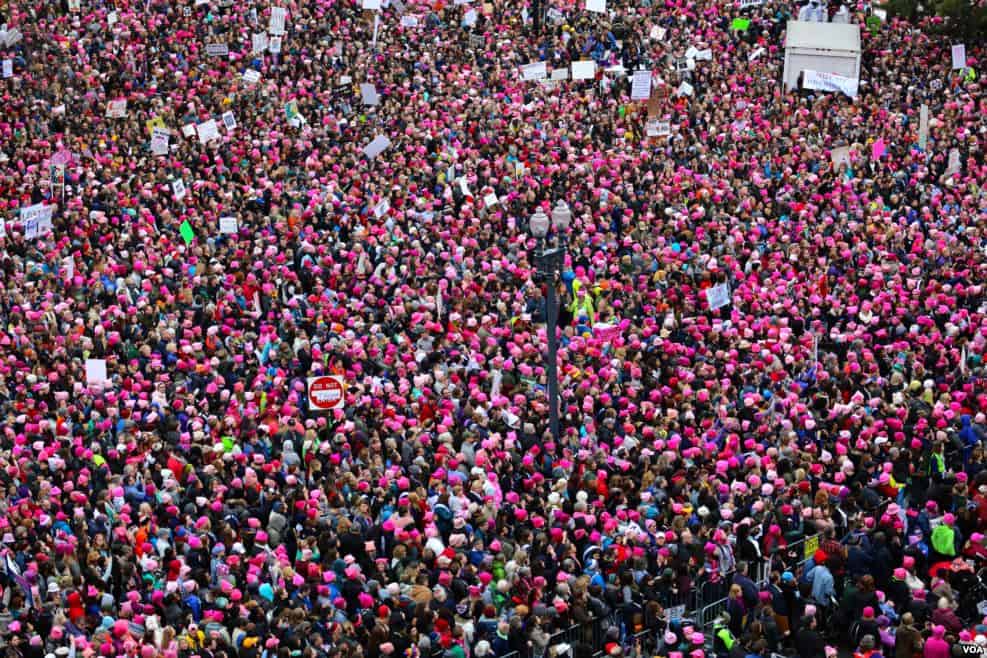 A few months ago, I had the amazing pleasure of being able to hear Glennon Doyle Melton speak. During her talk, she shared some of her personal struggles with addiction, mental illness, and interpersonal relationships. One of the statements she made during the night stuck with me in a particular way, she expressed her daughter’s sense of political call-to-action as the statement (I am paraphrasing), “Mama, I am WOKE.” There was a lot of cheering, but a few looks of confusion. At the end, there was Q&A, and one of the simple questions asked was what it meant to be “woke.” Glennon simply offered, “We are sleeping when we aren’t paying attention, but something can help us get woke.”

This word appeared on a lot of signs in the Women’s marches around the US, and probably confused a few people, as did many other elements to the march. I can remember when I first became woke, but have found that the events of the past several months have brought a whole new level of this sensation. 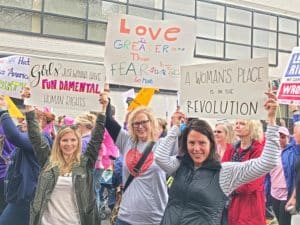 When I was an idealistic adolescent, I wanted equal rights for all, but shied away from the label of “feminist.” Who needs feminism when you know how to study and achieve? However, I majored in chemistry at Chapel Hill. Frankly, I was a pretty naturally gifted student, so I really never learned to study until I started to flounder at Chapel Hill, which didn’t take too long in the chem program. After some rough waves in inorganic chem, I decided to recruit some assistance, but found myself being scoffed at by my professor- I was one of only a few women in our program, and he informed me that the softer sciences like psychology or biology would be a much better fit. I kept fighting, but ended up switching to biology in my junior year. By the end of my senior year, I had encountered several rough experiences with sexism, the strongest of which was my primary advisor refusing to write any recommendations for me if I moved back to Charlotte after graduation. He stated, “If you go to Charlotte, you will get married, have babies, and your career will go nowhere.” For personal reasons, I had to go back to Charlotte, but I also was pretty firmly woke.

I would like to think that I was never quite lulled back to sleep, but I can say that attending graduate school in psychology (the really soft science!) and being somewhat absorbed with the babies and family, I ended up napping. I supported women’s issues tangentially, but also consistently reminded myself that we could keep moving forward. There were whiffs of the glass ceiling, particularly as I rose in my career, but my goals were regularly met. The political events of the past year, however, have pushed me to a place of full throttle woke. 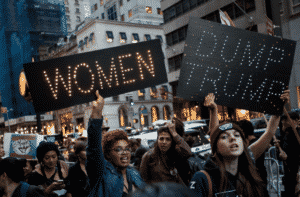 Why women are woke

Attending the local march on Saturday was a powerful event that is difficult to put to words. I joined a crush of people on the light rail into downtown, where more people crowded on at each stop- so tight you could barely breathe, but there were smiles all around. One woman told me that she had been afraid that she wouldn’t be able to find the start to the march, and realized how silly she had been to imagine it would not be so huge. We cheered when the car hit its last stop, because we had ARRIVED and could finally move out of the massive human hug that had been our reality for the past 15 minutes. We folded into the huge mass of people of all genders, races, and ages, most holding up signs. After ten minutes of a slow stroll, I actually realized that I was walking directly behind the actress Jennifer Carpenter and a woman who looked like she could have been her mother. Jennifer had a hand-made sign that made me grin- even celebrities can work wonders with markers and cardboard. 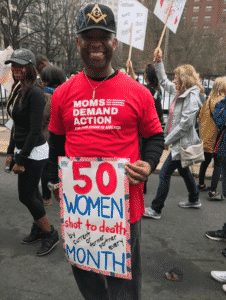 There was a man who was dressed in a “Moms Demand Action” shirt carrying his sign about how women are shot to death by domestic partners; he led the crowd in powerful chants as we walked. We passed a large group of the Black Lives Matter movement, who were expressing themselves with enthusiasm. The crowd engaged respectfully and with gratitude toward the officers managing traffic. It ended at Romare Beardon Park, where everyone seemed to carry a joyful spirit. An hour after everything wrapped, the rain which had been forecasted through the morning finally appeared, respectfully waiting until the end.  In the days that have followed, there have been calls to action and excitement about politics in people I have never known to be politically engaged. Watch out, folks, we are woke.

Want to read more about Glennon Doyle Melton? Click on the article below!

The Psychology of Momastery